This white paper explores the basics of MIMO (multiple-in, multiple-out) communication technology, specifically focusing on the current generation of portable, tactical MIMO radios and the antenna technology that help make MIMO an attractive choice for today’s mobile wireless networks. This paper will touch upon topics related to the basics of understanding MIMO communication that can be understood by readers of all levels of technical levels, particularly those that are new to the RF market or have no previous working experience with MIMO technology.
Author:
Adam Krumbein
01/11/2017 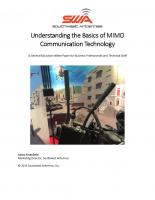 More recently, MIMO has been finding its way into rapidly growing markets such as professional broadcast video, law enforcement, and government sectors thanks to newer generations of smaller, better performing radio solutions and antenna designs that support MIMO technology. With the bandwidth requirements that today’s video, audio, and data systems demand, MIMO is often an ideal solution for communication especially urban environments where clear line-of-site is harder to achieve and the abundance RF / microwave systems that can pose interference issues.

There are many types of MIMO systems currently in use, with different MIMO radio manufacturers offering their own versions of the technology with unique features and advantages. The new generation of small, high-performance tactical MIMO radios allows for the benefits of MIMO to be utilize by smaller groups as well as large organizations. Ad-hoc and mesh networking capabilities of many radio systems allows for dynamic deployment and quick response to changing situations without network outages.

This white paper will touch upon topics related to the basics of understanding MIMO communication that can be understood by readers of all levels of technical levels, particularly those that are new to the RF market or have no previous working experience with MIMO technology.

An acronym for Multiple-In, Multiple-Out, MIMO communication sends the same data as several signals simultaneously through multiple antennas, while still utilizing a single radio channel. This is a form of antenna diversity, which uses multiple antennas to improve signal quality and strength of an RF link. The data is split into multiple data streams at the transmission point and recombined on the receive side by another MIMO radio configured with the same number of antennas. The receiver is designed to take into account the slight time difference between receptions of each signal, any additional noise or interference, and even lost signals.

Figure 1: Example of SISO system, where one antenna is used on each side of the RF link. 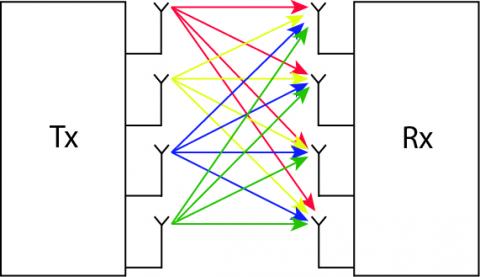 Figure 2: Example of a 4X4 MIMO system, where four antennas from the transmit radio communicate with four antennas on the receive radio to improve link connection strength and bandwidth.

Some MIMO radio systems also offer Ad-Hoc networking capability, where individual user nodes (such as a person with hand-held radio or vehicle with on-board MIMO radio and antennas installed) can enter or leave the MIMO network at any time, and automatically forward data from other node users through the network, creating a self-forming, self-healing mesh network that doesn’t rely on a central architecture to operate. This is similar to how scalable MANET radio systems work.

The ability to take advantage of this type of networking opens up MIMO radio systems to new groups of users who need reliable, scalable network coverage. These systems are more practical than ever as MIMO radio systems continue to decrease in size and can be packaged into familiar hand-held radio form factors. Base stations and network repeaters can also be quickly deployed for short-term events that need a larger coverage area, without the hassle of permanent installation.

A few example of users groups who are taking advantage of MIMO systems: 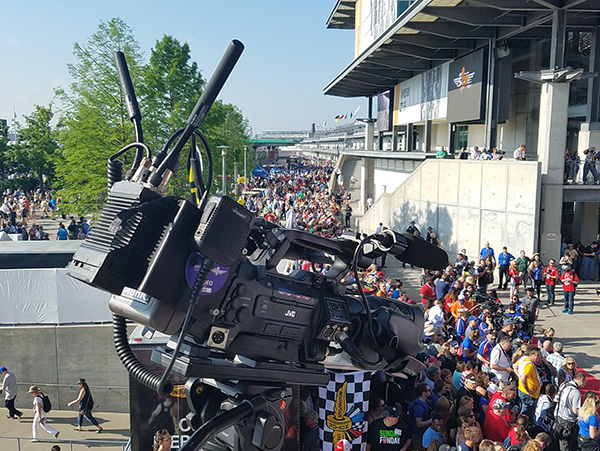 Figure 3: Example of a Silvus MIMO radio with two gooseneck antennas being used to transmit HD video at the Indianapolis 500.

MIMO radio systems utilize multiple antennas in order to send and receive multiple data streams at once. The number of antennas needed is defined by the radio manufacturer based on what they determine will work for optimal transmission and reception with their particular hardware and software.

There are many antenna choices for MIMO radios, depending on how the user wishes to configure their radio system based on the unique needs of their application.

Broadly speaking, antennas for MIMO use can be broken down the following categories:

Figure 4: Examples of two vertically polarized omni-directional antennas that can be utilized in matched pairs on MIMO systems. 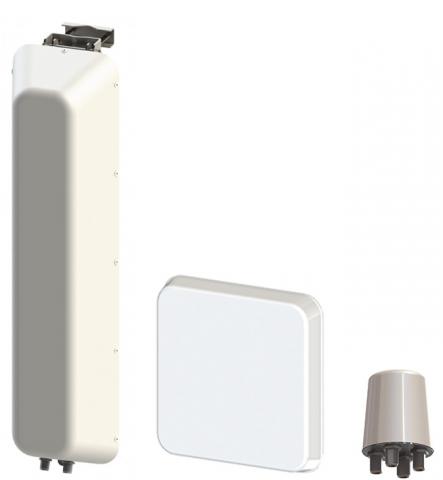 Figure 5: Examples of multi-antenna products designed specifically for MIMO use. Each product features multiple RF connectors, each connected to a discrete antenna within the product’s radome. These are often cross-polarized for additional polarization and spatial diversity.

MIMO radio systems can take advantage of multiple types of antenna polarization schemes to improve diversity, which is one of the key ways MIMO systems are able to provide robust connectivity even challenging environments that would prove difficult for single antenna radio systems. 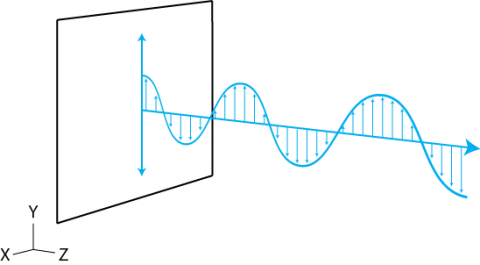 Figure 6: Example of linear polarization, with the radio wave’s electrical field oscillating on a single plane, in this case vertically. 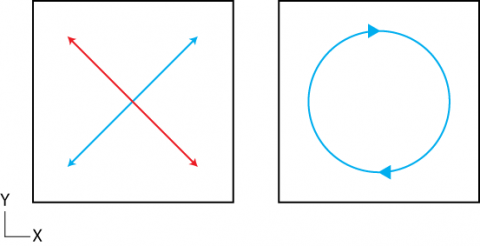 While polarization matching on both sides of the RF link is still important with MIMO systems, since there are two or more sets of antennas used with every radio users can configure opposite polarizations with each set of antennas on the radio to introduce cross polarized isolation between the multiple data streams being transmitted by the radio, increasing diversity and improving transmission quality.

For example, a 2X2 MIMO system can be configured to use two antennas with slant 45 degree polarizations. Setting two antennas at opposite 45 degree angles gives a 90 degree orthogonal polarization between the two transmit antennas, giving each antenna 30 dB of isolation from one another, in addition to isolating those streams from other vertically polarized broadcasts in the area that may interfere with the transmission despite not sharing the same frequency band.

On the receive side, the antennas are configured to match the same 45 degree polarization in order to receive the signal without issue. By isolating each data stream, fading and other quality problems can be mitigated. 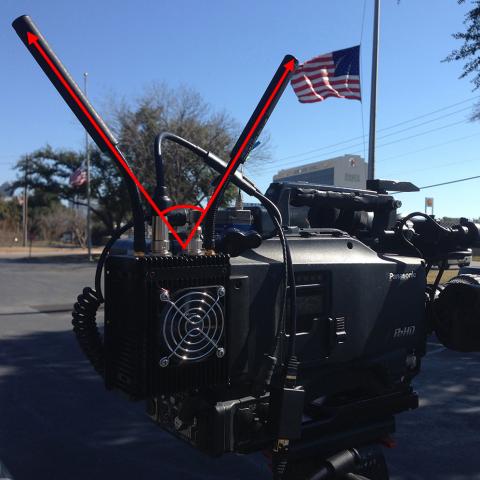 Every MIMO system will be configured differently based on the particular needs of the users operating the system, what type of data needs to be transmitted, and what environment the system will be operated in. However some generalized suggestions for different operating scenarios are outlined below:

For users who will be wearing the radio in a pouch or vest, or carrying the radio along with other equipment (such as a television camera), light weight omni-directional antennas are an ideal choice. The 360 degree coverage of the antenna allows for a network connection no matter which direction the user is facing, and these antennas are generally small and help keep the overall weight of the entire kit to a reasonable level. Antennas with built-in spring bases or integrated RF coaxial goosenecks are popular choices for bodyworn radio systems.

Another choice that can be utilized are body worn antennas. These often focus the antenna’s beam in a particular direction, giving enhanced directional coverage and an increase in gain over omni-directional antennas. These are often circularly polarized and worn in a MOLLE pouch on tactical vests by users on both the front and back of the body, giving complete coverage around the user.

For mobile systems installed into vehicles both omni-directional and directional antennas easily be utilized depending on the needs of the system, and can be mounted internally or externally at the discretion of the user.  Many omni-directional antennas are made to be directly installed onto the roof of the vehicle, creating a permanent system. Temporary installations can also be easily created by using magnetic mounting kits, allowing for vehicles to be quickly outfitted for specific needs without the hassle of permanent installation. A strong magnet holds the antenna in place while the vehicle is in motion.

For UAVs, airplanes, and helicopters, antennas with special mounting systems are available, such as flight-rated STC mounts that are secured to the airframe. Blade-shaped antennas and even internally-mounted antennas are options as well.

For MIMO coverage of specific areas, panel and sector antennas are often used. The tight beamwidth and high gain allows for more precise directional network coverage of specific areas. These can be utilized as base stations or repeaters for large coverage areas, being fed by individual MIMO radio nodes within the network. Installation can be permanent for long-term use or done as a quick deployment for specific events.

MIMO radio systems are becoming an increasingly popular communication solution due to their advantages over traditional single-antenna systems in many situations. This paper introduced basic concepts around the fundaments of MIMO radio systems, covering the radio and antenna technology used in these systems.