July 20th 2019 marks 82 years since the death of Guglielmo Marconi (25 April 1874 - 20 July 1937), one of the pioneering inventors and scientists that helped launch the field of modern radio communication.

Marconi built upon the radio transmission experiments of earlier scientist and inventors of the 1800s, such as Heinrick Hertz, Edouard Branly, Sir Oliver Joseph Lodge, and James Clerk Maxwell.

Marconi's experiments into the wireless transmission of telegraphs pushed the limits of what was thought possible at the time. It was originally proposed that radio waves could propagate a maximum distance of one half mile. Marconi was able to increase transmission distance rapidly during his experiments by increasing the height of the antenna, connecting his system to earth ground, utilizing monopole antenna structures and vertical polarization, and other improvements. By 1899 he was transmitting messages across the English Channel.

In 1901 Marconi first managed to send a Morse code signal 2,200 miles across the Atlantic Ocean. However poor documentation regarding specifics of the experiment as well as daytime transmission of the signal lead to skepticism that this had truly been achieved. Marconi subsequently designed a better experiment and in 1902 conclusively proved reception of audio transmitted at a distance of 2,100 miles.

Marconi founded the Wireless Telegraph & Signal Company in 1897 after being granted a British patent for wireless transmission. His company opened the world's first radio factory in 1898 and went on to develop some of the most important advances in radio and television broadcasting technology, including the diode vacuum tube. The company survived in various forms through mergers and acquisitions until 2006, and many divisions of the company were acquired over the years by other well-known companies, such as RCA/GE, BAE Systems, and Ericsson.

Marconi was awarded the Nobel Prize for Physics in 1909 and the IEEE Medal of Honor in 1920, among other awards received during his life. 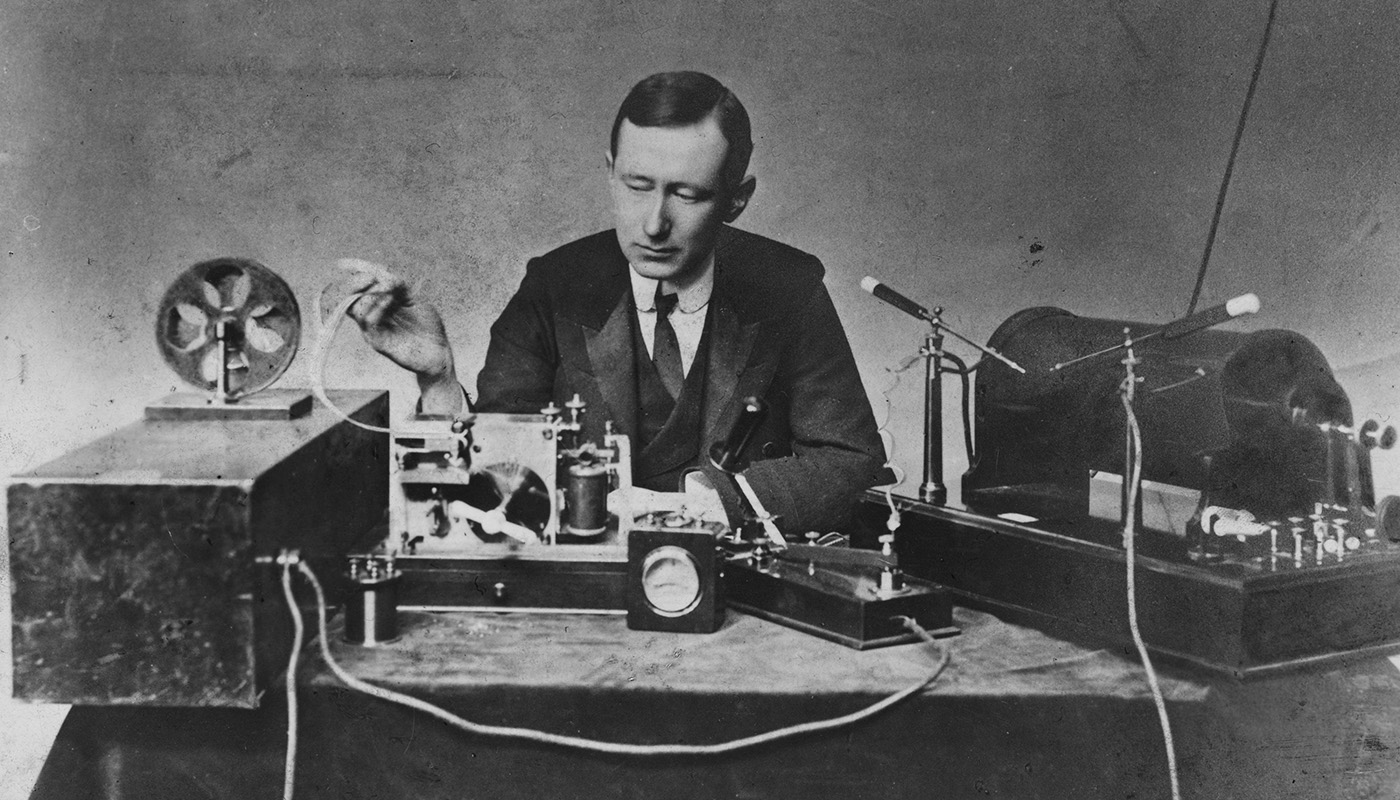