Introduction to ADS-B Technology for Enhanced Aviation Tracking and Safety

ADS-B is an acronym for Automatic Dependent Surveillance – Broadcast, a new real-time situational awareness and surveillance program which is part of the Federal Aviation Administration’s NextGen air traffic control modernization mandate. ADS-B equipment will be used by air traffic controllers and aircraft pilots to better track active aircraft in US airspace and improve safety as more aircraft use existing routes. Additional improvements with the ADS-B system would allow aircraft to fly outside of the typical strict air traffic corridors, inttroducting more "bandwidth" into the system with areas that were previously not utilized. Air traffic control towers may also be able to be located in new areas since ADS-B data can be made available anywhere over the internet.

Several countries already utilize ADS-B, including Canada and Australia, with additional counties in Europe and Asia rolling out their own systems in the coming years.

The ADS-B system is comprised of multiple parts, including ground stations and aircraft installed equipment.

Under the requirements for the NextGen air traffic system, all aircraft which fly within US airspace will be required to transmit “ADS-B Out” information to ADS-B ground stations and other ADS-B equipped aircraft by 2020. This information includes aircraft identification, altitude, speed, and velocity. The ADS-B equipment package installed on the plane includes a GPS unit for providing location information, processing hardware, and antennas for transmitting and receiving the ADS-B signals.

As the aircraft flies over individual ADS-B receiver ground stations, these pick up the ADS-B information broadcast by each aircraft, which can then be used by air traffic controllers as a supplement to radar-based tracking.

Airspace safety should improve by giving pilots and air traffic controllers additional information about exactly where each aircraft is in the system, helping to prevent mid-air collisions or close calls during takeoff and landing. Existing flight corridors will be able to safely handle an increasing number of daily flights as systems such as ADS-B come online, adding accuracy and redundancy to the existing airline tracking systems. 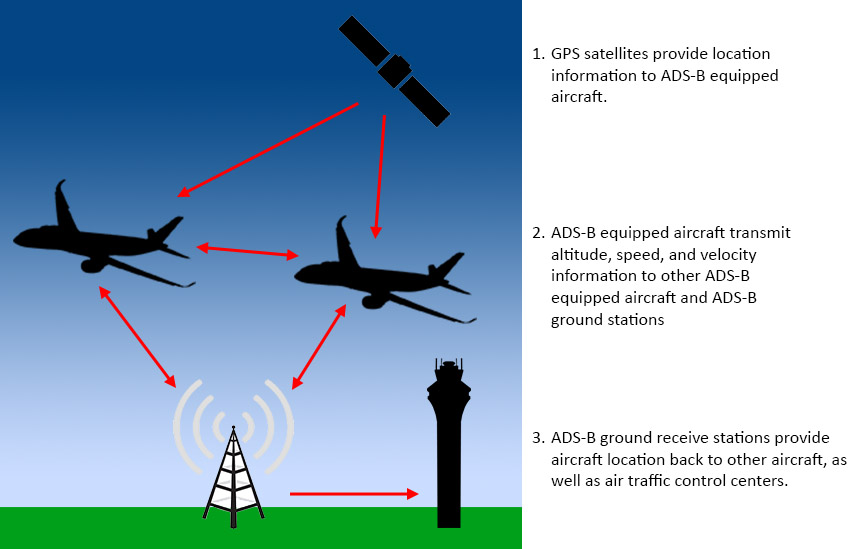 For pilots who wish to take advantage of this information as well, “ADS-B In” systems can be installed on any aircraft, to display location information of other aircraft with ADB-B Out transmitters, as well as weather information. In addition to transmitting the ADS-B data to the ground stations, aircraft also transmit their location directly to other “ADS-B In” equipped aircraft within their transmit area, forming a long-range mesh network in the sky to share real-time position information. For pilots flying with VFR (Visual Flight Rules) cockpit-based ADS-B receiver displays allow for an earlier warning of other aircraft in their flight area, helping to improve safety during inclement weather conditions. 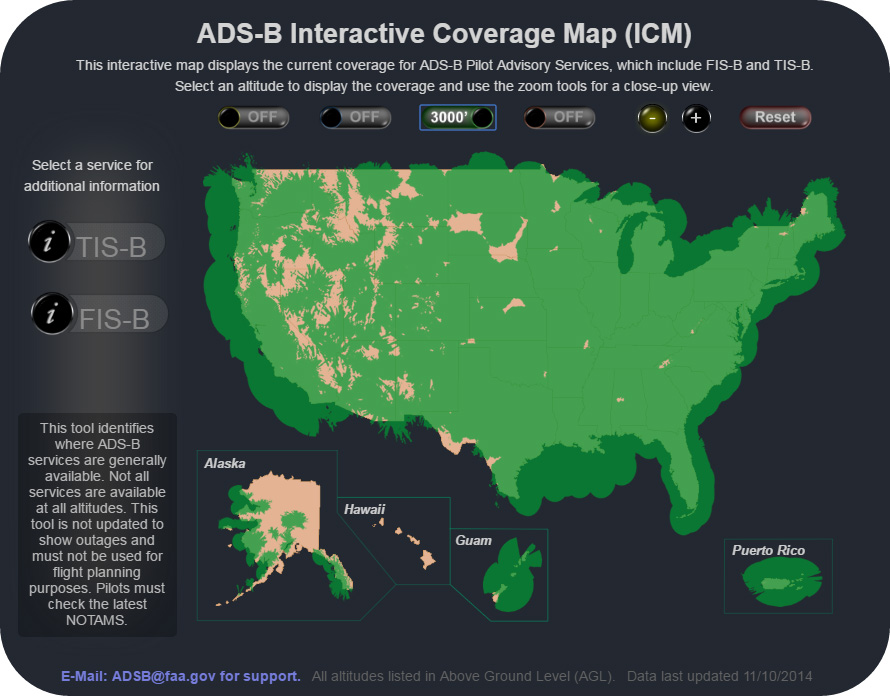 For operators of ADS-B ground stations Southwest Antennas offers a high performance omni-directional antenna that operates at 1,090 MHz. This product was designed specifically for the ADS-B market, with a peak gain of 5.5 dBi which occurs 5 degrees above the horizon. This design offers long range performance for air-to-ground communication, with an optimized horizontal pattern to help pull in signals from aircraft that are close to the ADS-B station or at high elevation angles. This antenna is designed for compatibility with any ADS-B receiver.