The correct spacing of antennas in a multi-antenna deployment is a subject that is frequently brought up by Southwest Antennas’ customers. This type of question has become more common given that multi-antenna MIMO / MANET mesh systems are now much more prevalent in the market than they were even five years ago.

With design engineers, system integrators, and end users eager to maximize the dependability and throughput of their network, it is no surprise that proper antenna spacing is a subject worth considering.

We would like to outline a few key concepts and some general best practices to consider when determining antenna spacing in multi-antenna systems. As with most topics related to RF system design, there are too many variables to cover every possible configuration and issue that may arise during deployment, but the fundamental basics are well worth understanding, especially for non-engineers. We hope this short article can help provide clarity on this issue for users deploying multi-antenna systems.

If you would like to skip the simplified antenna theory and just read our recommendations for antenna spacing, please see section 5 “Summary and review” at the very end of the article.

Multi-antenna installations such as those deployed for MIMO and MANET radio systems can take advantage of multiple antennas per radio to achieve high network performance in challenging RF environments which can cause extreme difficulty to single-antenna (SISO) radio systems that are not properly engineered to overcome these issues.

Multiple antennas provide “diversity” for the radio system. At its most basic level, antenna diversity allows a radio network to more easily overcome common radio communication problems including non-line-of-sight (NLOS) reception difficulty or other errors introduced into the signal through multi-path propagation. As the transmission bounces from surface to surface between the transmitter and receiver the probability of errors that can lead to fading and other issues increases, which can result in dropped feeds, communication difficulty, or complete transmission failure.

Multi-antenna diversity can be achieved through several common means. The subject of this article is spatial diversity, which is the physical spacing of antennas away from one another. With multiple antennas being in use simultaneously on each MIMO radio it’s important to observe best practices for antenna spacing to prevent coupling. 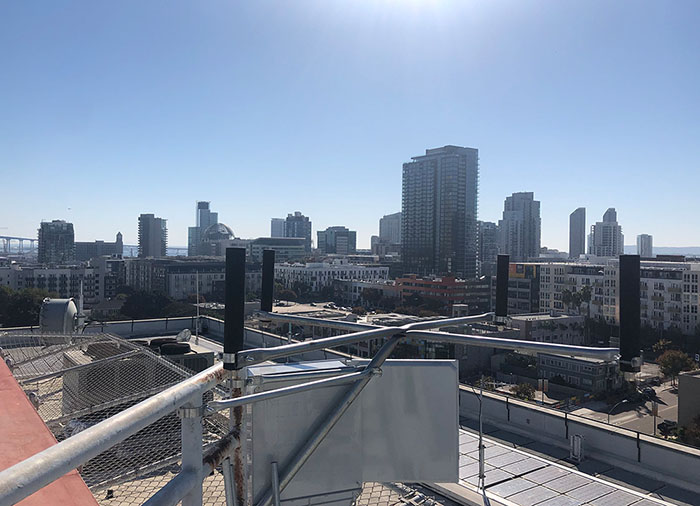 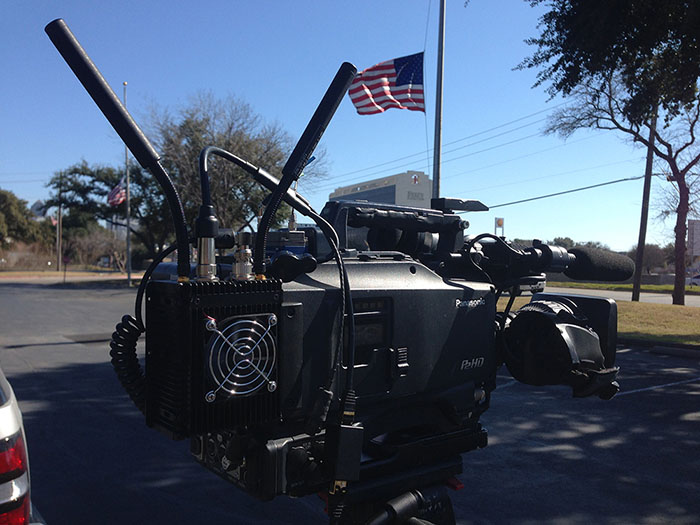 Antenna coupling occurs when two or more antennas are placed in such close physical proximity to one another that they absorb radiation that is meant to be picked up by other antennas and radio systems further away in the network.

Coupling redirects power that should be radiated away through free space and instead shunts it back into the radio system, possibly damaging sensitive radio components such as low noise amplifiers in the process. Most importantly, coupling reduces overall system effectiveness and range and distorts antenna radiation patterns and gain, all of which can disrupt network connectivity and prevent the transmission of mission-critical or lifesaving information.

2. How to determine proper antenna spacing

As a general rule Southwest Antennas recommends customers place omni-directional antennas a minimum of one wavelength apart from one another, while three wavelengths apart or greater is preferred. This can be easily calculated by hand or by using an online calculator.

2.1 Wavelength and how to measure a “wave’s length”

In the world of RF and antennas, wavelength is a physical length of an electromagnetic wave measured at the same point at each cycle of the oscillating EM fields radiating out from the antenna. This is measured from the same position from one wave to the next.

Figure 3: Illustration of an electromagnetic wave. A “wavelength” (represented by the Greek letter λ) is the physical length of the wave as measured at the same point during the cycle between trough and peak.

Frequency is measured in hertz (Hz), which represents cycles per second. Megahertz (MHz, or one million hertz) and gigahertz (GHz, or one billion hertz) are generally used in high frequency applications as measurement in Hz quickly becomes unwieldy.

You can use the following simple equation to calculate the wavelength size at your operating frequency of choice:

Additionally, Southwest Antennas has a wavelength calculator available on our website.

Using this formula above as an example, at the wavelength at 2.4 GHz would be 4.92 inches. This simple calculation shows us that if we are deploying 2.4 GHz antennas, they should be spaced at a minimum of 4.92 inches apart as a starting point to prevent coupling or other issues. 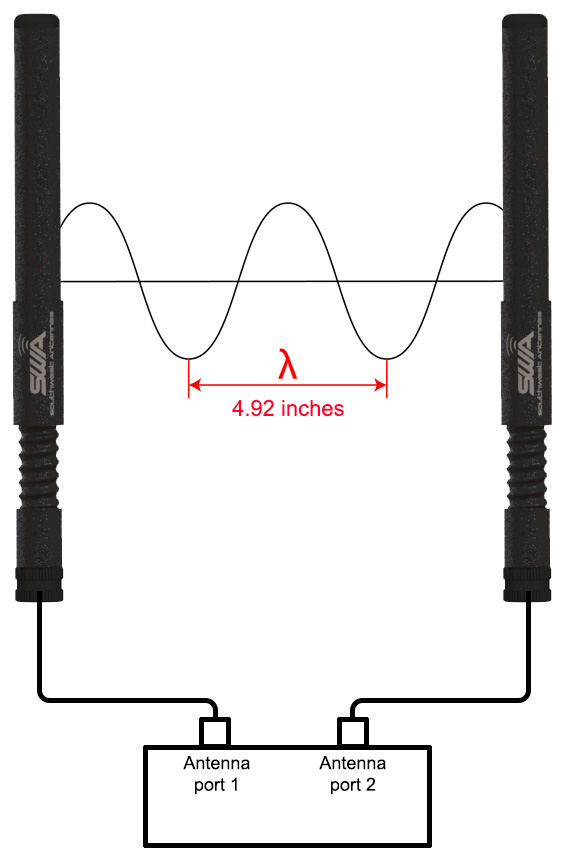 Figure 4: Using the example calculation above, these antennas are spaced greater than a single wavelength to help prevent coupling between the two antennas installed on this example radio system.

For directional sector antennas, spacing the antennas at least a single wavelength or more apart (three or more is preferred) is also recommended by Southwest Antennas. However, due to the wide angle of the horizontal (azimuth) beamwidth and narrow angle of the elevation beamwidth of these antennas in comparison to their omni-directional counterparts, a few additional suggestions are warranted:

3. Is one wavelength enough?

The recommendation of one wavelength distance between antennas is a good general baseline but needs to be verified by performance of your specific system. Some configurations may be able to operate at less than one wavelength, while others may need more depending on the design of the radio in question and other environmental parameters.

Antenna companies like Southwest Antennas produce specialized multi-port antennas for use with multi-port MIMO and MANET radio systems. Outwardly these look similar to single port antennas, but underneath the radome multiple individual antennas are located within a single unified housing. Multiple RF connectors each connect to a discrete antenna within the radome.

The above products are two examples of this concept. Both are multi-port antenna products, with each RF connector leading to its own antenna under the radome.

To prevent coupling within a radio system due to improperly spaced antenna elements on these multi-antenna products, Southwest Antennas’ RF engineers take care when designing these integrated products. Spacing the elements within the radome at the optimal minimum distance from one another balances physical product size with proper antenna spacing, minimizing coupling effects within the antenna.

This article briefly explained what happens when antennas are not spaced properly in a multi-antenna array, and how coupling can severely limit the performance of the attached antennas and radio systems.

To review the main points: